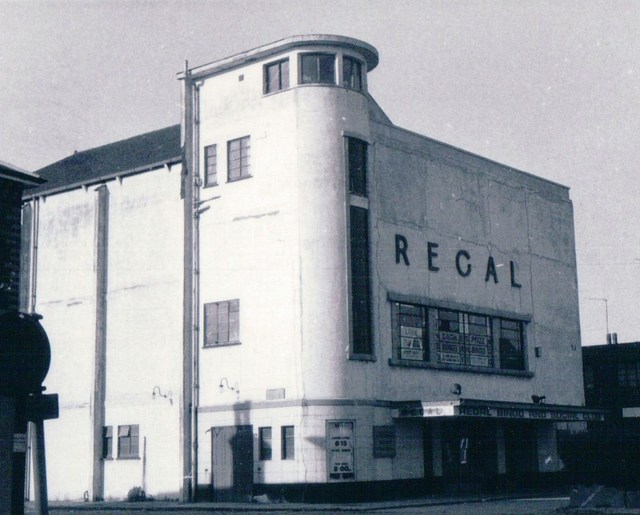 Located in Dovercourt, near Harwich, Essex. The Regal Cinema was the largest of the town’s cinemas and was built by the Bostock Cinema Circuit. It opened in June 1938. The plain façade was broken by a set of horizontal windows, above which were large letters spelling out the cinema’s name, and there was a semi-circular tower feature on the left-hand side. Seating was provided in stalls and circle levels. The proscenium was 40 feet wide and the stage 7 feet deep. It was equipped with a Western Electric(WE) sound system.

The Regal Cinema was closed in 1969 and was converted into a bingo club and in 1972 became the Coronet Bingo Club. It closed in the mid-1980’s. The building stood empty for a while, and was demolished in July 1989. The site lay vacant for several years, and today a Co-Op Food store has been built and operates from the site.