Craterian Theater at The Collier Center for the Performing Arts

Craterian Theater at The Collier Center for the Performing Arts (Official) 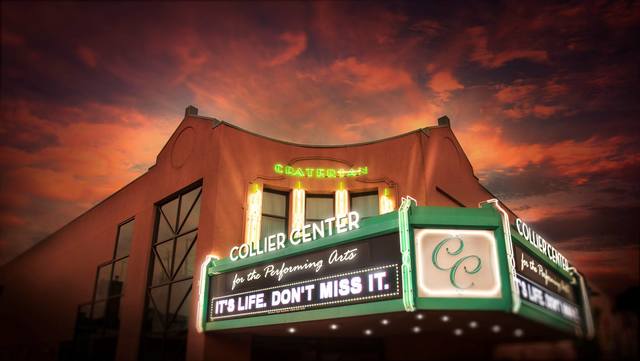 The Craterian Theater, named after nearby Crater Lake, opened on November 20, 1924 as playhouse seating 1,200. The opening production was a play “The Havoc” plus the grand Wurlitzer organ played by Grace ‘Betty’ Brown. It was erected by J.C. Cooley & P.J. Neff and the theater was leased by George A. Hunt. The building also housed law offices and shops. Later movie projectors were installed for silent film, and vaudeville and theatrical acts were booked, including a very young dancer named Ginger Rogers. In 1928 Hunt sold his lease to Fox Theatres and then bought it back in 1933 after Fox’s bankruptcy.

After several other owner/operator changes, more building alterations and the sale of the old Wurlitzer organ, the audience had diminished. By the end of 1985, the historically registered old building had been given to the neighboring Rogue Valley Art Association, with the hope it might ‘foster community theater activities’. After several years, the Craterian Performance Company (CPC), a non-profit volunteer group, was formed to see its conversion to a performing arts center. After $5.2 million in donations by the public, businesses and government agencies, the theater was renovated and opened in 1997.

The Craterian Theater in its name honors the memory of Ginger Rogers, a long-time Oregon ranch owner and resident who first performed at the Craterian Theater in 1926 and again in 1993 for a benefit interview and a showing of her 1942 movie, “Roxie Hart”. It was renamed Craterian Theater at the Collier Center for the Performing Arts on October 27, 2013. It is used for a variety of performing arts and is available to the community for many uses.

The pipe organ was a Wurlitzer Style D Special of 3 manuals and 8 ranks. It was sold in 1962 to Bob and Laura Burke in Portland. The organ is still in the Portland area.

The Craterian is the subject of an article and photos in the issue of Boxoffice magazine for October 4, 1952:
View link

It is somewhat misleading to characterize the current Craterian as a historic restoration. While the project began as such, it changed along the way and ultimately the entire building was demolished except for the south wall. An entirely new building was then built on the site. The Medford Historic District’s nomination to the National Register of Historic Places describes the result thusly: “Designed under the direction of local architect Peter Schmitz and constructed by S.B. James Company, portions of the structural system of the original 1924 building remain within the new design. All exterior materials, openings and other treatments were replaced or altered. While somewhat evocative of the Craterian in spirit, the new Craterian-Ginger Rodgers Theater that opened in March 1997 is essentially a new structure with insufficient connection to the original 1924 building to be considered historic.”

The 1952 Boxoffice article about the Craterian Theatre, cited in a comment above by Gerald DeLuca, has been moved to this link.

The Ginger Rogers name has been removed from the marquee, and changed to Collier Center. Current Craterian marquee photo added, credit the Craterian Theater Facebook page.

Theater name should be changed to “Craterian Theater at The Collier Center for the Performing Arts”. Don’t know when this changed happened, but the one of the photos from their Facebook page I uploaded is from January 2015.

Received this message from the folks at the Craterian Theater, regarding when the Ginger Rogers name was changed.

Hello David, we had a celebration concert highlighting the name change on October 27, 2013.