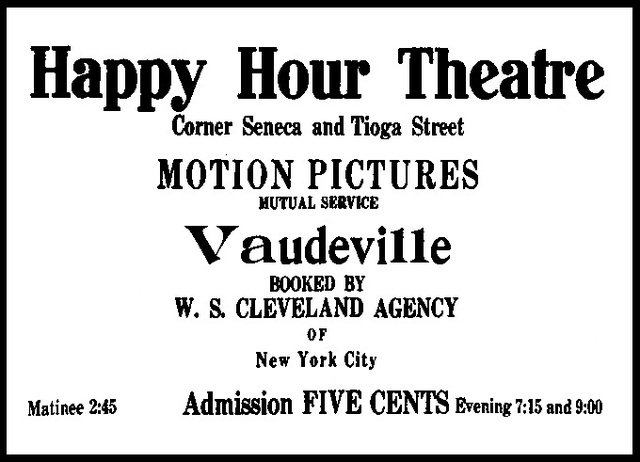 This is interesting. The May, 1917, issue of The Cornell Countryman, a University publication, published a reminiscence about earlier days at the College of Agriculture that has these lines:

“Our largest auditorium was what was then known as Library Hall. This hall is in the Cornell Library Building in Ithaca, and is the room now occupied by the Happy Hour moving picture theatre.”

This page from the University web site has information about the early days of the Cornell Public Library, but doesn’t mention the Happy Hour Theatre. It does say that the building was designed by Albany architect William Hodgins. The text under the thumbnail of a photo of the library (top of sidebar, right) says that the building was sold to a bank in 1960 and demolished shortly after.