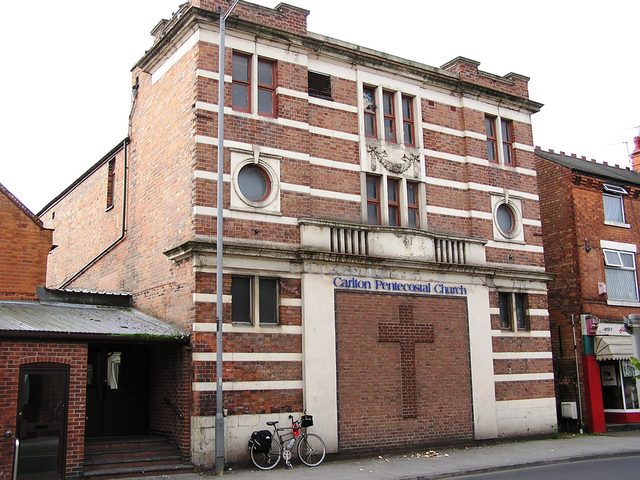 Located in the Carlton district to the east of Nottingham. The Victoria Picture Palace was opened on 10th April 1913. Seating was provided for 400 in the stalls and 200 in the circle. It had a 22 feet wide proscenium. It was closed in December 1930 for refurbishment and to be equipped with sound (make unknown). It re-opened Christmas 1930 as the Regal Cinema and was soon fitted with a British Thomson-Houston(BTH) sound system.

By the end of the 1930’s it had been taken over by the S. Graham Circuit. The Regal Cinema was closed on 19th December 1959, and went into other uses.

In the 1980’s it was converted into a Pentecostal Church, which operates from the building today.