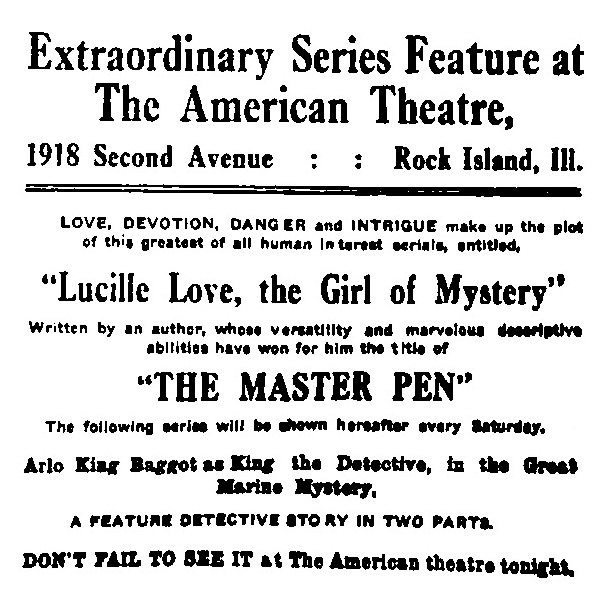 The Lyric Theatre launched February 2, 1909 as a motion picture house. On February 1, 1913, the theatre was renamed the American Theatre. Its opening film was the short, “From Sing-Sing to Liberty.” While other theatres converted to sound, the American stayed silent into the Depression.

In 1931, the American was playing silent exploitation films including “The Red Kimono” starring Priscilla Bonner before closing on October 29, 1931 with a double-feature of “The Pace That Kills” (starring Virginia Roye introducing a farm boy to opium and cocaine) and “The Road to Ruin” (with Helen Foster whose life is forever altered by sex and drugs). The American did not make the conversion to sound.