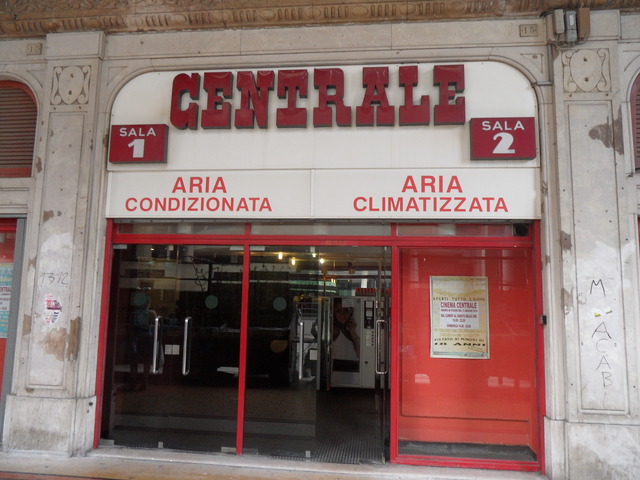 This two screen cinema, close to Brignole railway station in the San Vicenzo red-light district of Genoa is currently showing adult movies to a mixed gay and straight male audience. It is housed in an existing city block, and there is a second entrance (now a retail outlet) round the corner of the block on Via Fiume.