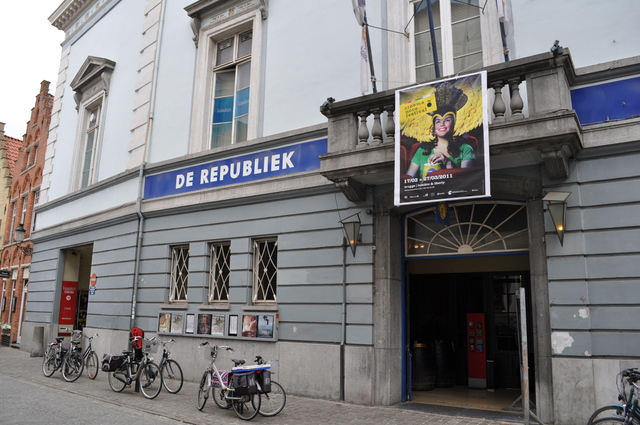 Cinema Lumière is a pleasant town cinema which is located right in the center of Bruges. The complex is housed in the premises of “The Republic”. With its three rooms that were digitally fitted in 2011 this cinema guarantees quality films presented to the public at very reasonable prices.

The Blue room has 174 seats, the Red Room 76, the Green Room 60. The integration of a fourth hall will carry out in the near future, including in the next few years from 2014 under the impetus of the City of Bruges.

Cinema Lumière wants primarily differentiate itself as a city theater for young and old and chooses a diverse choice of films that can appeal to all ages.