In 1988 Commonwealth Theatres sold their local theatres to United Artists and their Santa Fe theatres became listed under the UA/Commonwealth banner.

The Santa Fe New Mexican reported on March 26, 1990, the theatre would be closing at the end of the month. The Santa Fe Baking Co. currently occupies the site. 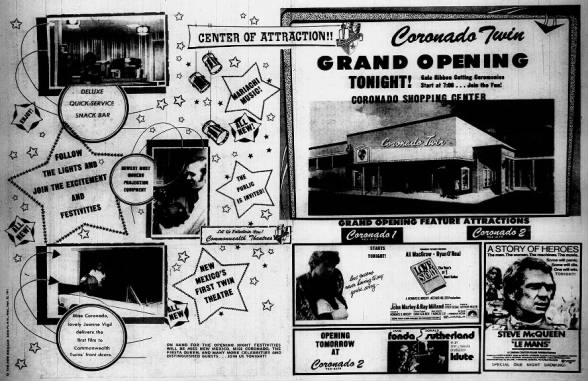