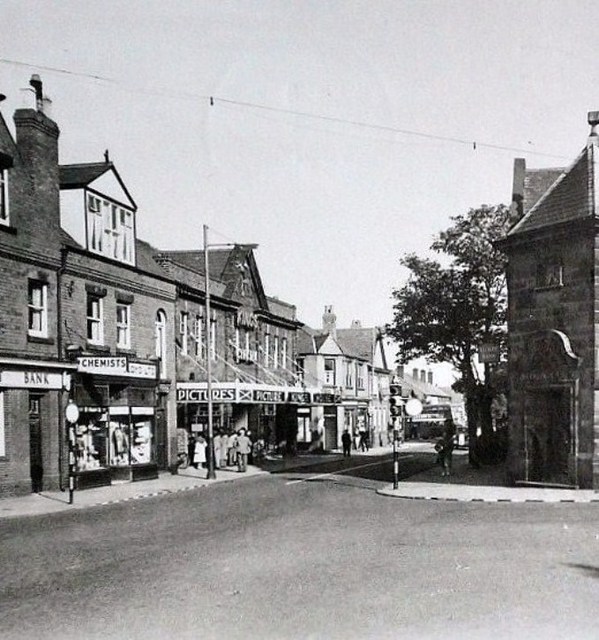 Located in Heswall, Wirral, Merseyside. The Kings Hall was opened as a multi-purpose entertainment hall in 1912. Around 1916 it was showing films. In 1928 it was re-modelled to the plans of Liverpool based architect Arthur Ernest Shennan and re-opened as the Kings Picture House on 24th December 1928 with Ronald Colman in “The Magic Flame”. It had a 28 feet deep stage, two dressing rooms and there was a café for the convenience of its patrons. It was equipped with a British Acoustic(BA) sound system.

By 1946 it had been taken over by Southan Morris’s chain of SM Super Cinemas Ltd. On 26th August 1954 it was taken over by the Newcastle based Essoldo Cinemas chain. The Kings Picture House was closed on 6th April 1957 with Yul Brynner in “The King and I”. It was converted into a Lennons supermarket, and by 2014 it was in use as a Lloyds Pharmacy and a Lloyds Bank.