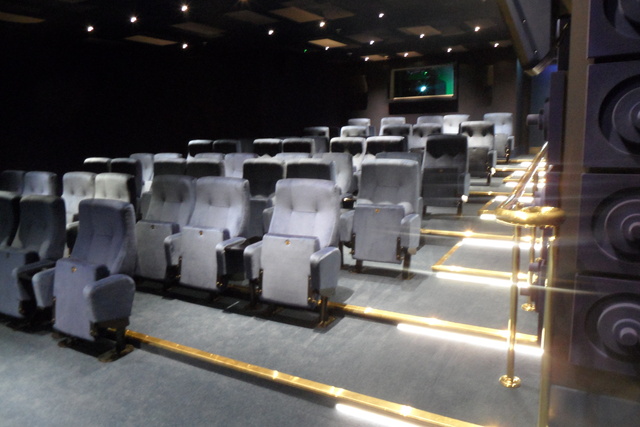 According to its publicity, the “seductive and striking Mondrian London at Sea Containers brings a bold new energy to London, blending the style and sophistication of the boutique brand with Southbank’s eclectic vibe. Situated on the banks of the River Thames in the famed Sea Containers building, Mondrian London uniquely offers river view balcony suites directly on the Thames. Working with Design Research Studio under the creative direction of renowned British designer Tom Dixon, the hotel captures the essence of the original building, exuding 1920’s cruise ship glamour integrated with the modern twists and sophisticated design for which the Mondrian brand is known”.

The Mondrian is certainly the height of luxury, with one of its most imposing features being the giant, copper clad wall inspired by the hull of a ship, running from outside the building, through to the lobby and on to the river side of the hotel. There is also a glamorous rooftop bar, the Rumpus Room, with its glass box structure and outdoor terrace featuring panoramic views over London.

However, of more importance to film buffs is the “Screening Room”, one of a number of function spaces situated in the basement. The others, called “Studios”, are bare rooms used for a multitude of functions; the Screening Room is a permanent cinema-style auditorium that (at least in December 2014, when I visited) is ‘taken over’ for public film shows by art-house circuit Curzon on Friday evenings and all day Saturday and Sunday. The Curzon Mondrian opened on Friday 31st October 2014 with an advance preview of vampire comedy “What We Do In The Shadows”, complete with a Halloween-themed cocktail.

The auditorium is certainly luxurious enough, although the lack of a significant rake, the relatively small screen and the high backed seats make sightlines a little difficult in the event of a packed house. There is 4k digital projection and Dolby 7.1 surround sound.

Presumably because the cinema is only part-time, there is no Curzon branding; indeed, there is no indication at ground floor level that there is a cinema anywhere in the building!