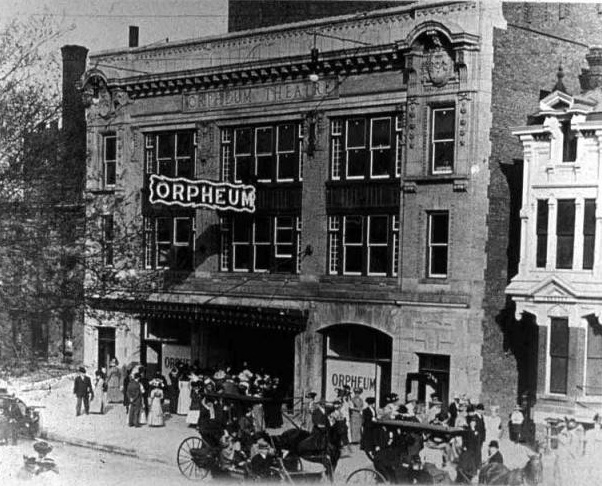 The Orpheum Theatre opened in 1911 and closed in 1927. Part of Martin Beck’s Orpheum circuit, the house operated for most of its history as a two-a-day vaudeville theatre, but as movies gained in popularity it was converted to a combination house. The building was demolished in 1952.

Here is a ca. 1920 photo of the Orpheum Theatre. Click the name “Orpheum” in the title field just below the photo for links to additional photos of the house.

The July 16, 1910, issue of The American Contractor said that the theater under construction in Peoria, which would be leased to the Orpheum Theatre company, had been designed by the architectural firm of Hewitt & Emerson. Herbert Edmund Hewitt and Frank Nelson Emerson formed their partnership in 1909. At least nine of the firm’s buildings are now listed on the NRHP.