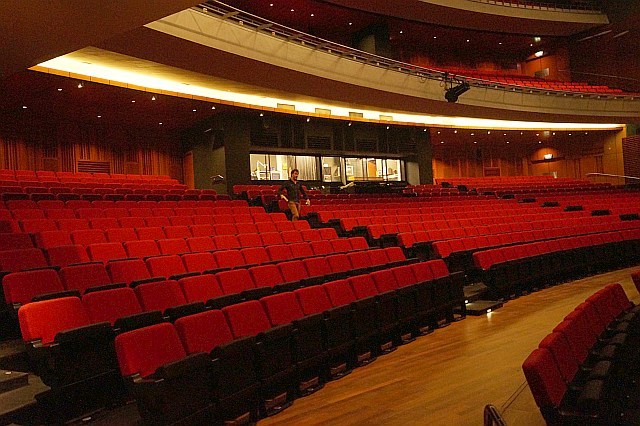 In April 2001 the new Luxor Theater opened it’s doors. It is situated on the Southbank of the city near the Erasmus bridge. It provides the ability to program a long series of performances of large-scale productions in the musical genres and musical theater show and vaudeville, cabaret, theater concerts, youth and family, opera and dance.

The old Luxor at Kruiskade in the city centre was built in 1917 and is smaller in size. It offers a cabaret, theater concerts, smaller musical productions, plays and children’s theater. Originally it was planned to close the old Luxor Theater at opening of the new Luxor theater. It was because of the absence of a ‘middle room’ in the centre why it is still open today. In 2014 a major renovation took place where all rooms were renovated. And around the theater the building became more convenient; more space, more light, more comfort.

The municipality of Rotterdam wrote a design competition for the construction of the new Luxor Theatre on the Southbank. In April 1996, architect Peter Wilson was named the winner. The origins of Australian architect, described his design as “slim, beautiful and elegant.” The combination of sober and spoke very warmly to the jury.

In September 1998 the first pile went into the ground (theatrically dressed by the duo Hans Kombrink (former Councilman Art Department) & Freek De Jonge, Holland’s most famous stand up comedian. Launched the construction process in September 2000, the highest point was reached. The very first performance was a concert by Mathilde Santing, which took place on 25th February, 2001.

On Saturday 28th April, Her Majesty Queen Beatrix attended the official opening. Thus, Rotterdam was a great entertainment theater (with over 1,500 seats) richer. The new theater performances are mostly longer series of large-scale productions in the musical genres and musical theater show and vaudeville, cabaret, theater concerts, youth and family, to see opera and dance.