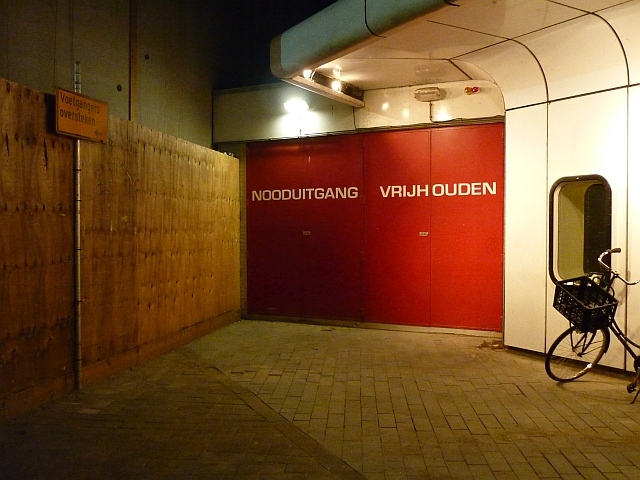 The Luxor Theater opened on 22nd December 1917 with the Dutch film "Gloria Transita". In 1926, it was taken over by the German chain Ufa, and was rebuilt in 1928 and re-named Luxor Palast. Seating was provided for 1,600 in orchestra and balcony levels.

The Luxor Palast was the only Rotterdam cinema not to be obliterated by bombing during World War II. After the war, from 1945, and being the only working cinema/theatre in the city, it was also used for live performances.

In the 1970’s, it was modernised in a Streamline Moderne style, and the balcony was removed. Seating was now provided on a steeply raked single floor. It now operates mainly as a live theatre and concert venue, and is one of the host venues for the annual Rotterdam Film Festival.

Now known as the Oude (Old) Luxor Theater, as a new Luxor Theater has been built in another part of the city. Plans were proposed in 2008, to demolish the Oude Luxor Theatre and build a skycraper office block on the site, but these plans seem to have been put on hold for the time being.

In 1983 I appeared on stage at The Luxor.I was appearing in the International Tour of West Side Story.

If my memory is correct, at that time the seats were a very royal purple. The stage was a nice size, and the backstage area and dressing rooms were quite nice as well

This week a large renovation had been started. This will go on until 2015. The theater will never be the same again. Last April the 18th the theater organized a photoshoot for interested ones. The results can be viewed here. https://www.flickr.com/groups/2647918@N23/

Three weeks ago, on december 7 the eight month during renovation was finished. On this sunday morning people were invited and in the opportunity to shoot pictures everywhere in the theater. The room and the stage remained the same, everything else has changed.