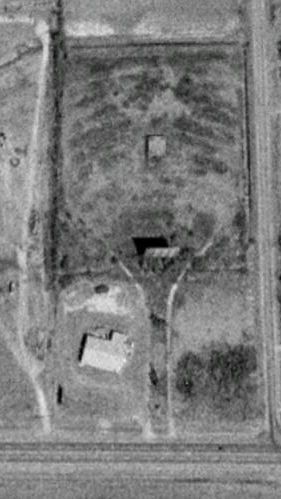 The Dixie Drive-In was located west of West Helena and sat on the NW corner of US Highway 49 and Phillips Road.

Run by G. Boggs, the drive-in appears to have opened after 1965, but by 1994 it had been closed and demolished.

Today, there is a building located on the south end of the property, but the drive-in itself is overgrown with only a faint outline of the ramps remaining.

The 1952 Theatre Catalog had only one drive-in in West Helena, the Airvue, Exec: J. L. Anderson, capacity 200.

The Motion Picture Almanac listed the Airvue through its 1976 edition. When it rebooted its drive-in list in 1977, West Helena’s drive-in became the Dixie.