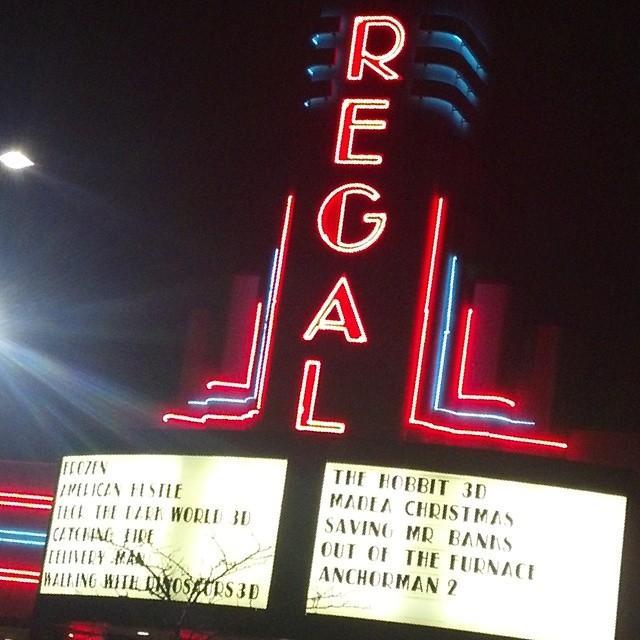 Opened on November 15, 1996. Regal Entertainment Group closed this theatre on September 14, 2022 due to the Regal/Cineworld bankruptcy.

Regal launched here on November 15, 1996. Just after its first year of operation, the Regal Middleburg had protesters as one of ten cities in which labor unions picketed Regal’s business practices. The theatre soldiered on all the way until being shut down by the COVID-19 pandemic along with most of the theaters in North America on March 16, 2020. Regal reopened here on August 21, 2020 but closing soon thereafter on October 8, 2020 when the circuit once again shut down operations worldwide.

Regal reopened the Middleburg Town Square on May 21, 2021. However, it closed permanently following showtimes on September 14, 2022 with the company’s parent, Cineworld, in its latest round of bankruptcy protection. It was one of 20 locations approved by a bankruptcy judge allowing the venue to break leases as it was unable to pay all of its September leasing due to liquidity problems.