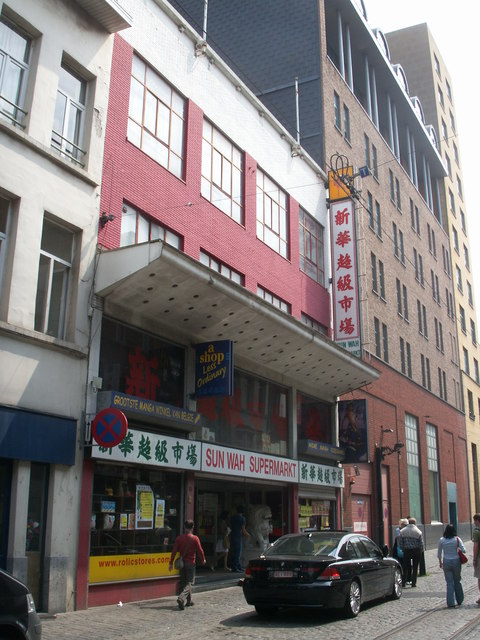 Located in the centre of Antwerp in a street just off the Astridplein. The Splendid Cinema was opened in 1937. It was designed in an Art Deco style by an architect named Somers. In 1943 it was re-named Stereo Cinema during the German occupation of the city.

In October 1944 it reverted back to its original Splendid Cinema name. A closing date is not know, but in recent years it has been occupied by a Chinese supermarket.