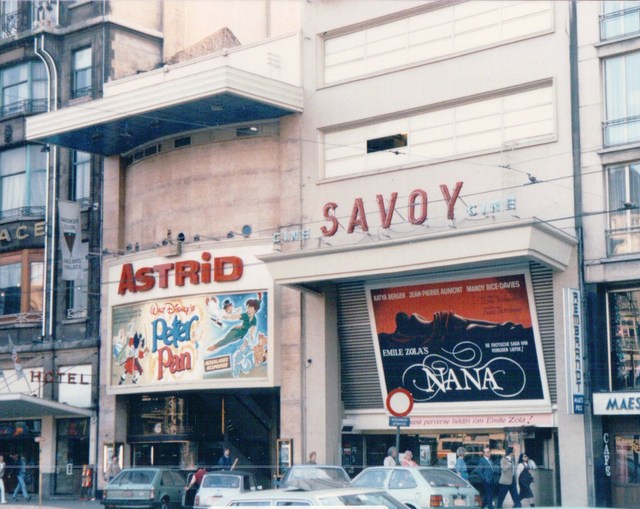 In 1902 short movies where shown between variety acts in the Cafe Arabe, from 1905 the owner Souan got permission to show movies on a more permenant basis. During the show drinks and snacks were served at the tables of the Cafe. Souan got a partner in 1908, Paul Doisy, and together they rebuilt the Cafe into Cine Kursaal.

In 1952 the auditorium was completly rebuilt by architect Rie Haan and the name changed to Cine Savoy.

The Rex Imperium circuit shortly took control of this cinema and had together with the adjacent Cine Astrid two cinemas on the Astridplein.

Closed on 7th January 1988, sold and finally demolished in 2003. The Agora Hotel was built on the site.