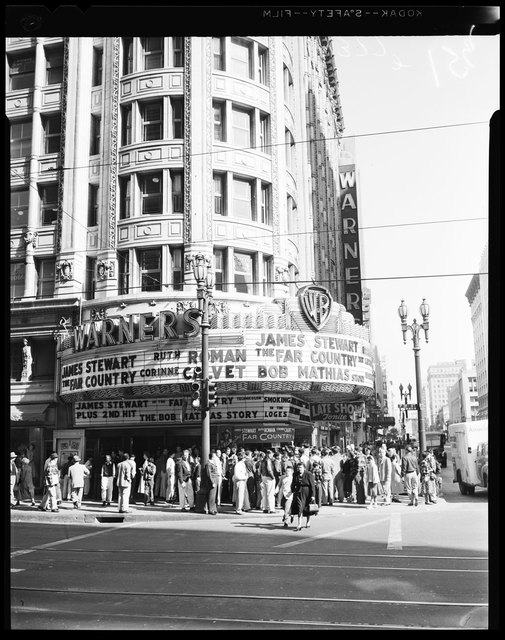 Opened as the second Pantages Theatre in downtown Los Angeles (the Arcade Theatre was the first) on August 16, 1920 with vaudeville and a movie “The Courage of Marge O'Doone” starring Pauline Starke. This B. Marcus Priteca designed theatre included Greek treatments for owner Alexander Pantages. The theatre’s exterior is coated in white terra cotta. Pantages ran the theatre for nine years.

Following a three weeks closure for refurbishment, which included the installation of 2,000 new seats, it reopened as the Warner Bros. Downtown Theatre on September 26, 1929 with Nancy Welford in “Gold Diggers of Broadway”. Al Jolson was guest of honor for the evening. The theatre served as the downtown theatre for Warner Bros. until September 1, 1960 when it was taken over by Metropolitan Theaters who renamed it Warrens Theatre. Metropolitan ran it for another twelve years.

After being sold by Metropolitan, the theatre became a church before becoming a retail outlet for the Jewelry Exchange. The original seats on the main floor of the auditorium have been removed to make way for retail stalls. The balcony is still intact and its seats have not been removed.

To see a little of the inside of this theatre, watch the Barbra Streisand film “Funny Girl” (note the exterior is from the backlot at the Burbank Studios).

Here is a link to a view of the Warner Brothers Downtown Theater – seen from the Hill Street side in 1931. www.guidodeiro.com/vitaphone.html

This theatre has been a jewelry store since at least the late 1970’s – they’re maintaining the interior architecture beautifully – the auditorium is very ornate – white with lots of gold leaf. Design is similar to the State theatres in New York and St. Louis.

Not similar to the (Loew’s) State in St. Louis, which was designed by Thomas Lamb. I saw many films at this theatre, from “Arena” to “Autopsy.”

I feel it was a kind of an honor to go to the Warrens near it’s demise, of course I did not know it at the time. It was the early 1970’s and I saw “The Gang That Couldn’t Shoot Straight” and “She Freaks” plus another I can’t recall. The snack bar backing was glass and you could see the movie from the lobby. Beautiful and useful!

Warrens Theatre is seen a few times in this `60s Texaco commercial.

Reopened as the Pantages theatre on August 16th, 1920. Another ad posted. 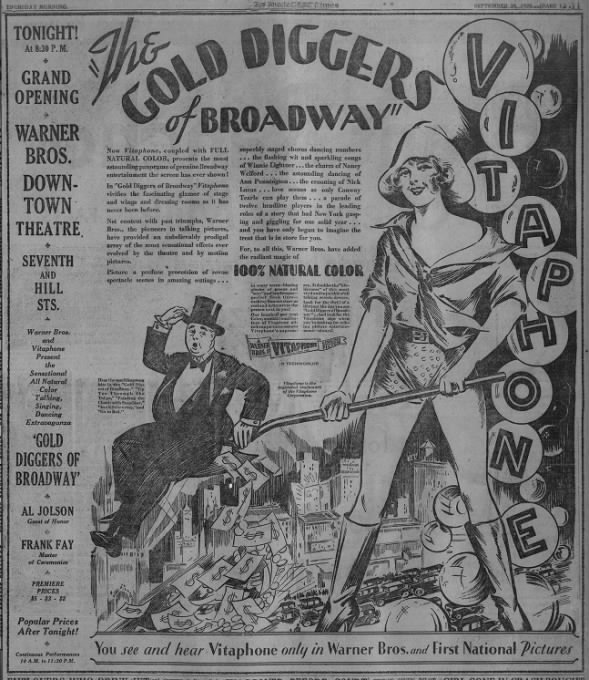