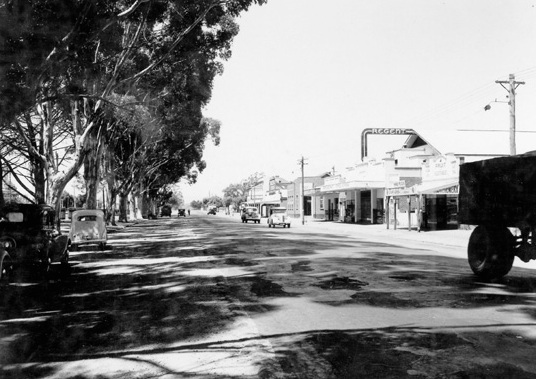 WOW! Great photo – Takes me way back to approx early 1955 when I worked at the Regent Theatre, Guildford as Assistant Projectionist together with Kevin Yelland, Senior Projectionist and real life pioneering RAAF Jet Pilot. (The theatre was run by Bob Yelland of Consolidated Theatres – Kevin was his son.) I started with great excitement on a Sat night. The movie screening was the MGM production “Beau Brummell” starring Stewart Granger & Elizabeth Taylor. In later months we installed CinemaScope, opening with 20th Century Fox’s “Beneath The 12 Mile Reef” ( “More Than Your Eyes Have Ever Seen” – “The Modern Miracle You See Without Glasses” ) was the catch cry . The theatre at the time was equipped for wide screen, however the ratio was incorrect for CinemaScope. So to achieve the extra width the screen frame was extended and white cloth material tacked on to each end. The result was pretty average, however this was only a temporary measure until a proper replacement C/Scope screen was obtained. (pioneering days) I recall that we only had one set of C/Scope lenses and one print to service two cinemas, which meant somehow switching both lenses & print with the Renown theatre, Midland Junction located in the next suburb, which was also run by Consolidated. After Guildford I moved to Melbourne, and now after a lifetime of working in the Cinema/Motion Picture Industry this writer looks back with warm appreciation to the Golden Era and know we have lost something very special with the passing of our suburban Picture Palaces. Over the years I never lost contact with Bob Yelland and often represented movies nationally that he had for distribution. Now 62 years has past & I still retain wonderful memories of my time at the Regent Theatre Guildford and of a Master Showman named Bob Yelland…Greg Lynch (revised) – 17 / 8 / 2017 –

The inside of this old theatre building was seen on the Western Australian tv series “Destination WA” on 5/12/2021 showing the inside of the museum.