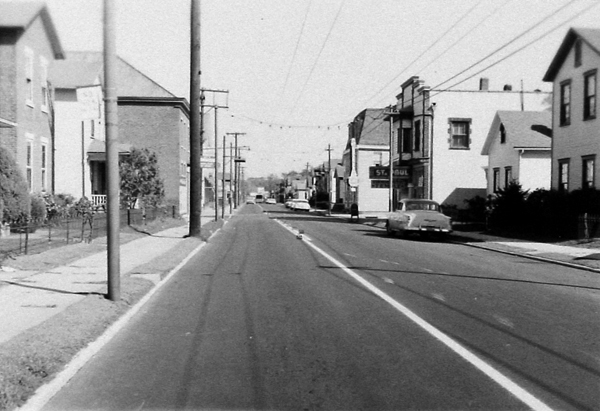 Not much can be found on the opening of the World Theater in 1914. At that time motion picture theaters rarely advertised, especially those located outside of the downtown area. Luckily, Dayton resident A. J. Espy was able to shed some light on the old theater. “My father (Alfred) operated the World Theater” stated Espy, “and I can remember, when an epic Western was going to be shown, he would dress up in a Indian costume and rent a horse and parade through the streets with me in the saddle with him. All the neighborhood kids would gather around to get free passes to the show.”

Over the next half century the theater would change its name no less then ten times, a record that still stands in the Dayton area. When it became the Rialto Theater in 1919, the theater was operated by Paul M. Banker. After a short stint of being closed, the theater then became the New Villa Theater sometime around 1926.

In 1927 Minnie Freese bought the property, but after only a year sold it to Semelroth Theaters who renamed it Willow Theater. In 1929 the theater again closed, probably due to the fact that talking pictures had begun playing in the downtown theaters and the Willow Theater was not equipped to show those type of films.

According to an article published in a local Dayton newspaper in 1936 the theater again reopened as the Bijou Theater. The article claimed that at one time the Bijou Theater was the most commanding of all theaters during the silent film days. Except for this report, I have been unable to find any other source that listed the theater under that name. If it was open under this name it was probably for a very short period of time. Sound equipment was never installed in the theater until 1938, making it unlikely that the Bijou Theater would have been able to compete for more than a year under those circumstances. The theater received a new lease on life in 1938, when it again reopened, this time taking the name of the street where it was located, St. Paul.

“The St. Paul Theater was a dinky theater.” claims Bill Hinders, who remembers watching movies there as a kid in the 1940’s and 1950’s. “Looking back, I bet you were lucky to fit seventy people in there. The theater didn’t even have a concession stand. All they had was a popcorn machine with a dome over it. You’d put a dime in and it would make a roaring sound. You’d have to hold your bag under where the popcorn came out to catch it.”

Although the movie palace seemed to hold its own for a while, patronage began to slip in the 1950’s and the theater closed in 1957.

Later that same year the building became a place of worship, becoming known as the Evangelistic Temple.

In 1961 the building was leased by John Holokan, who opened it as the St. Paul Theater. “People will start coming back to the movies if you give them good, entertaining pictures at a price they can afford”, said Holokan. “Many good pictures have gone by the wayside because they didn’t do business and this led Hollywood into the mistaken idea that the public wanted sex and crime and sensationalism. "Now we are getting good family pictures again and I’m sure the people will welcome them and start going to the movies again.” Holokan began showing a combination of first run and “classic” movies, one week showing “The Absent-Minded Professor” followed by “Gone With the Wind” and “Ben Hurt”. He also began holding special Saturday matinees for the kids.

The theater again changed names a few years later, opening as the House of Fright on November 2, 1962. The theater began showing only horror movies like “Frankenstein”, “Dracula”, and The Leech Woman". The new billing did not last for long. On March 15, 1963, when the theater opened as the New Paris Theater, it began showing adult films. The Grand opening offered the movie “Love and Birth”. “See a baby born right before your eyes!” claimed their advertisement in the newspaper.

H & K Enterprises assumed operation of the New Paris Theater on May 31, 1963. Under their direction the theater began offering re-runs of all-time classic movies. When the partnership of H& K Enterprises broke up a year later, the movie house was once again known as the St. Paul Theater. Monster movies like “Godzilla vs The Thing” and The Monolith Monster" were standard fare until the theater closed in 1965. The old movie house is now gone, one of the many buildings torn down during the construction of Route 35.