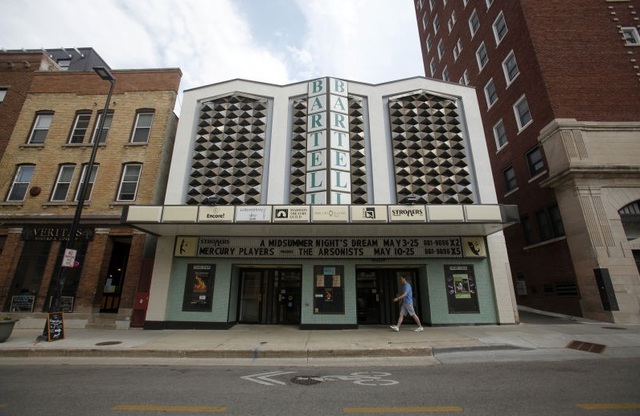 The Bartell Theatre started as a brick shell with three wooden floors, built in 1906, called the Colonial Hall. It was first for a dance academy on the third floor, the large Colonial Hall on the second, and a bowling alley on the first.

In between then and 1966 there were numerous businesses in the building. The Veterans of Foreign Wars Post 1318 owned the building for more than 20 years with few changes.

In 1966 it was sold to a group of real estate developers. For the next three years the first floor of the building housed a barber shop and a tavern before it was extensively renovated to create the Esquire Movie Theater on November 21, 1968.

In the Spring of 1994 a small group of local theatre companies found out about the Esquire Theatre, decided they wanted it and set about to convert it for live performances.

The grand opening of the Esquire by the Marcus Corporation was Nov. 21, 1968 with Gov. Warren Knowles and Miss Madison Marilyn Curren present. Also Ben and Steve Marcus were there.