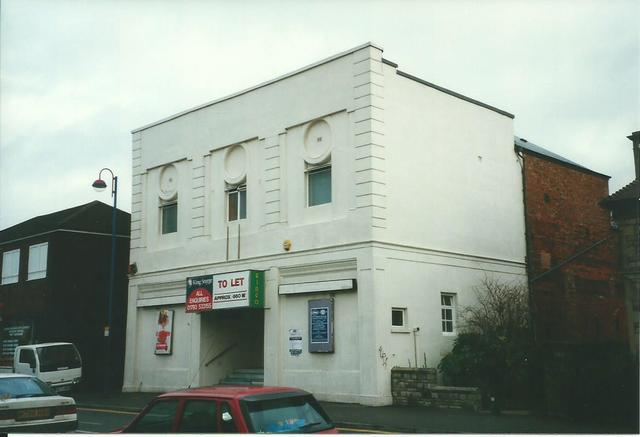 In the Gorse Hill suburb of Swindon, Wiltshire, the Electra Palace opened on 26th December 1912. Part of the Albany Ward Circuit, it was acquired by Provincial Cinematograph Theatres(PCT) in September 1927, then by Gaumont British Theatre(GB) in February 1929.

On opening it was said to have 600 seats. By the time of the takeover by Gaumont British it had 867, so it must have been enlarged at some time.

Presumably at that time the cinema was renamed the Palace Cinema. That name appears in the 1940 and 1953 Kinematograph Year Books.

The Palace Cinema closed on 23rd May 1959 and moved over to bingo as the Sterling Bingo Club. When I visited, in December 2000, the building was closed and available to let. By 2014 the building had been demolished and an office block and residential building named Thomas Edward Coard Building stands on the site.

Operated as the Sterling Bingo Club.