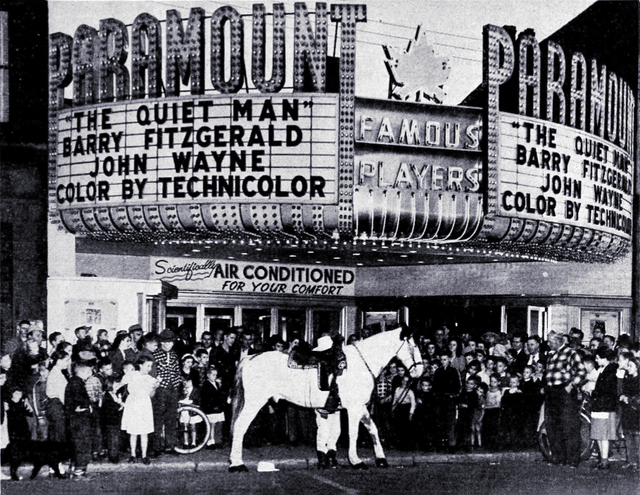 The Paramount Theatre opened around 1951 on Main Street in downtown Moncton. Originally a single-screen venue with 1,116 seats, it was divided in 1979 into two theatres seating 418 and 248 respectively. Famous Players ran the Paramount throughout its existence.

The Paramount Theatre closed in 1996 when the Famous Players 8 (now Cineplex Trinity Drive) opened. The front theatre entrance was occupied by a sports bar and restaurant called Bubba Ray’s which closed in March 2017.