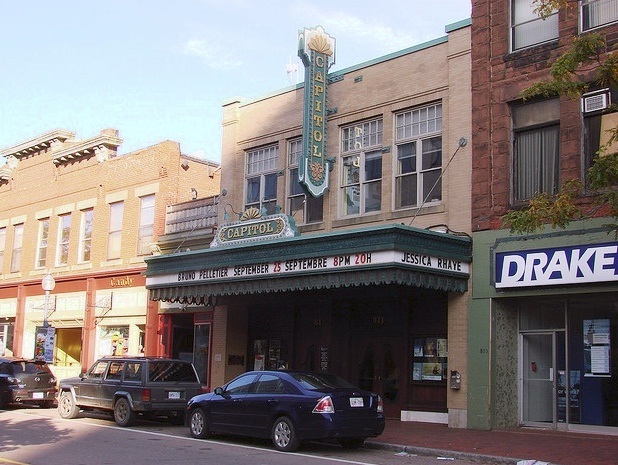 The Capitol Theatre, located on Main Street in Moncton, New Brunswick, was built in 1922 by Canadian architect Rene-Arthur Frechet. Originally designed for cinema and small live performances, it peaked in 1928 as a vaudeville and large-scale entertainment venue. It susequently became a movie house and remained independent until Odeon Theatres took over in the 1950’s. After closing in 1990, the theatre was purchased by the city of Moncton and restored with the support of Moncton, Riverview and Dieppe.

During the preliminary renovations, which were intended to create a performing arts centre for the area, Hannivan and Company of Toronto made a fantastic discovery: The original frescos, murals, gilding, fire curtain and stenciling were buried under layers of paint. This recovered decor was to be some of the most eloborate work of famed theatre decorator Emmanuel Briffa.

The Capitol Theatre is now a designated Heritage Property of the City of Moncton and a Provincial Historic Site.

Would be nice to see interior. Sounds beautiful. Nice marquee and exterior.