Norden Farm Centre for the Arts 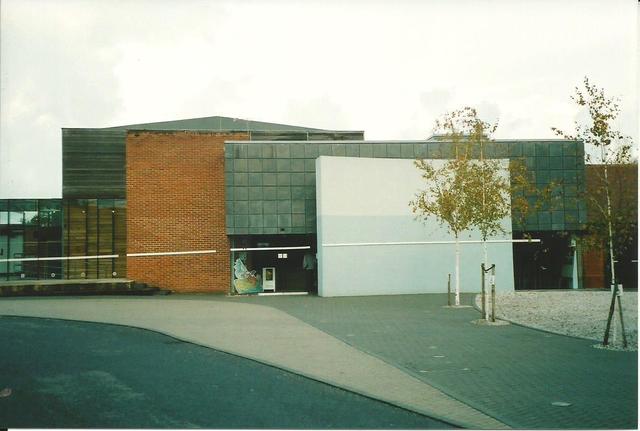 Located in Maidenhead, Berkshire. Norden Farm Centre for the Arts was built on the site of an old dairy farm. The Centre includes two original, listed buildings: a Georgian farmhouse and an 18th century long barn.

The plan to have an arts centre in Maidenhead had been a long held dream. Lobbying for such a space had begun in the 1970’s when a strong demand began to emerge. Maidenhead Arts was set up in 1978 as an umbrella organisation of local arts groups committed to this vision.

The site had earmarked for development in 1992. The first Norden Farm Board raised funds from the Foundation for Sport and the Arts to develop the buildings and build a small scale theatre (where the current studio is today) starting work in 1994. Norden Farm Centre Trust applied to the Arts Council for lottery funding to complete Norden Farm.

Following an intensive and detailed design and public consultation phase, planning approval was granted in September 1997. The Arts Council carried out a full assessment during autumn 1997, prior to an announcement of support and approval for the finished scheme, with a Lottery award of £5,295,000 in January 1998. The assessment changed the original vision for Norden Farm. In order to receive Lottery funds, the design needed to be upgraded to a much larger arts centre that would serve the wider community and be able to present a larger range of professional touring work. This meant that a new theatre, now known as The Courtyard, with a 280 capacity, joined The Studio theatre, with a 100 capacity, together with other spaces.

The final design stage was completed in late-1998 and Norden Farm Centre for the Arts finally opened its doors to the public on 17th September 2000.

Norden Farm presents a performance and participation programme of film, theatre, music, visual arts, comedy and classes. It is also a venue for conferences, seminars, meetings and social functions. On 16th October 2004 I attended a special lecture presentation ‘Palaces of Dreams: Cinemas Till Now’, accompanied by screenings of the Hitchcock thriller “The 39 Steps” and the documentary “Night Mail”.

Regular film shows continue to be an integral part of the Centre’s entertainment offerings. These take place in the Courtyard Theatre.