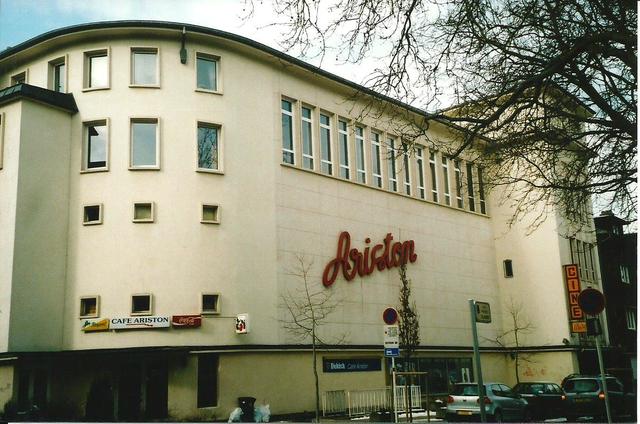 The Ariston cinema in Esch-sur-Alzette, in Luxembourg, was built in 1960 as part of works to create a Parish community centre. The cinema opened in 1962.

In 1978, it moved over to adult films, but then closed in 1986. However, the Parish never give up the hope of reviving the cinema, and a mainstream programme.

In 1991, management of the Ariston was passed to the Utopia circuit, which restored the auditorium, improving patrons' comfort, and installed new technical equipment.

In June 2006, the hall was acquired by the Caramba circuit, which carried out further renovations, including the foyer.