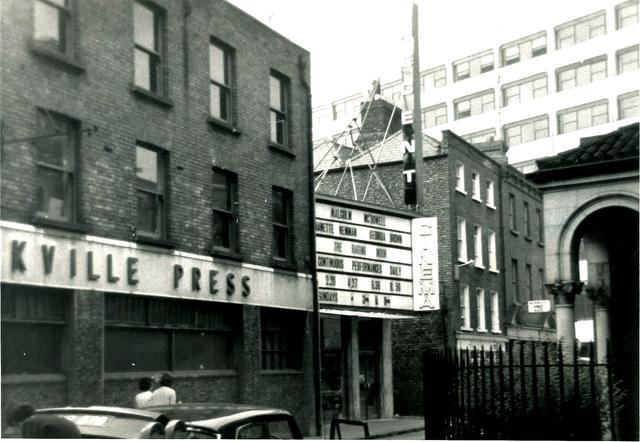 Located in the north city centre on a narrow street near O'Connell Street. The building was originally a bottling store, which was converted into the Regent Cinema, opening on 19th May 1967 with “A Man For All Seasons”. All seats were on a single sloping floor. The decoration was in a Regency style.