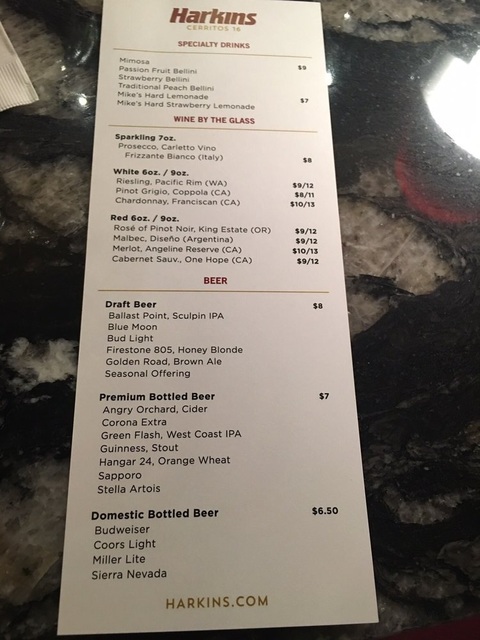 To kick off the pre-summer movie-going season, Harkins fourth California location opened May 5, 2016 with “Captain America: Civil War” playing on 12 screens. When Dan Harkins purchased the first ticket it increased the chain to 32 theatres and 480 screens in five states.

Equipped with the latest technical achievements in sound and projection the theatre has an 80-foot Ciné Capri auditorium which opened August 4, 2016.

The theatre has a gourmet menu and lobby bar for adults. For parents Harkins provides, at an extra cost, a child PlayCenter staffed by professionals. Extra security is provided with wristbands security and pagers for mom or dad.