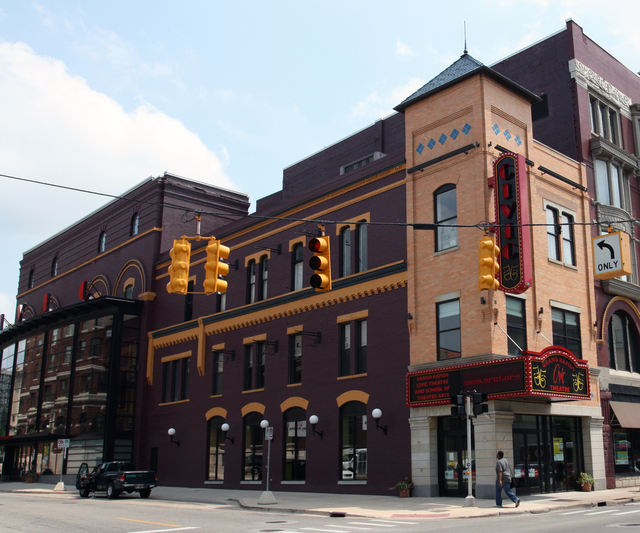 The Majestic Theatre opened on November 23, 1903, with 1,800 seats. The interior decorations were by the Chicago based Echert Brothers. It became a movie theatre in 1915. It was operated by the Butterfield Theaters chain from 1929 until July 1974. The Civic Theatre company moved into the building in 1979, reopening in October 1979.

It is one of the oldest community theaters in the country. With more than 6,000 season ticket holders, it is the largest community theater in the state of Michigan and the second largest in the United States. During a single season the theater reaches almost 100,000 people.

Each season there are a mix of main stage productions, two productions for children, and various other special events around the community. The theater is currently under the leadership of twelve professional staffers and more than thirty guest artists, and numerous local volunteers.

After viewing President Gerald R. Ford’s State Funeral and the funeral in his hometown I decided to see what theatres were and still are in Grand Rapids. This one and the Wealthy Theatre are very nice.

It was apparently 1915 when the Majestic first made the change from live theater to movies, rather than in the 1930s as some Internet and print sources say. The trade journal The Moving Picture World reported in its issue of August 21, 1915, that the Majestic Theatre in Grand Rapids would open on August 29 with feature pictures. Bert St. Johns, formerly manager of the Toyland Theatre in San Francisco, was to arrive August 22 to assume management of the house. The organist was named Ferdinand Warner.