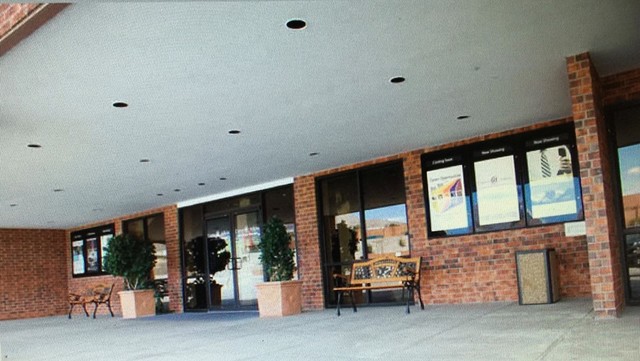 CinemaTour has three photos of the Park Cinema building taken in 2008, and says the house opened on March 21, 1986. Google Maps indicates that the building is now occupied by two television studios.

The building looks much too large to have had only 375 seats, and General Cinema was building multiplexes with well over 1,000 seats during the 1980s. Is it possible the number is missing a 1 at the front? 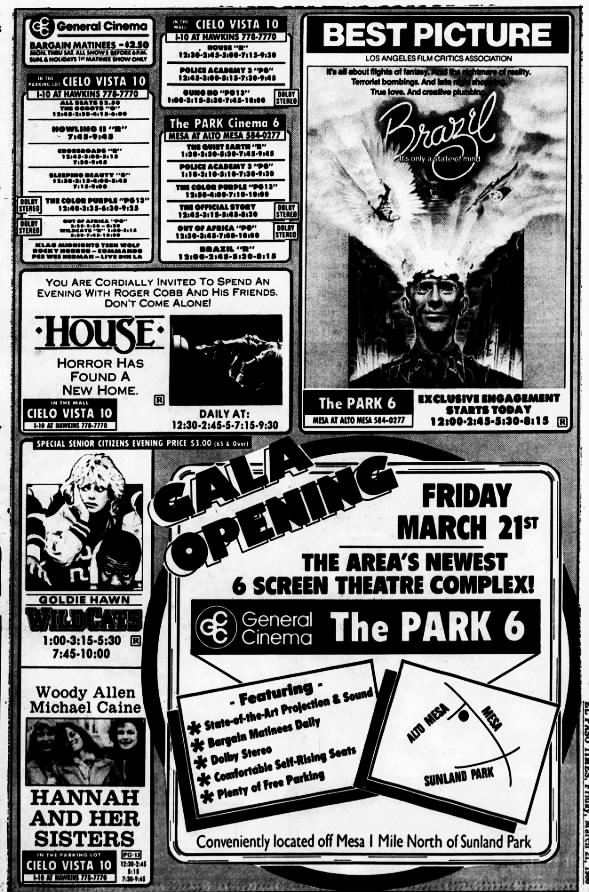 KFOX-TV 14 And KDBC-TV 4’s New Building Is Built On The Park Cinema’s Site.

General Cinema Corp. (GCC) opened The Park 6 on March 21, 1986. GCC lost its competitive edge a year later when theatre chains such as Carmike, AMC, UA, and Cinemark started building megaplexes with GCC mainly sticking to its aging multiplexes. AMC took over the remnants of the GCC portfolio officially on April 5, 2002 that, in El Paso, included Cielo Vista 7, the Park 6 and Sunland Park 6.

AMC didn’t care much for its El Paso portfolio closing each of the theaters. It closed the Cielo Vista on August 24, 2003. The Park closed October 23, 2003. The Sunland held on the longest closing September 26, 2004.