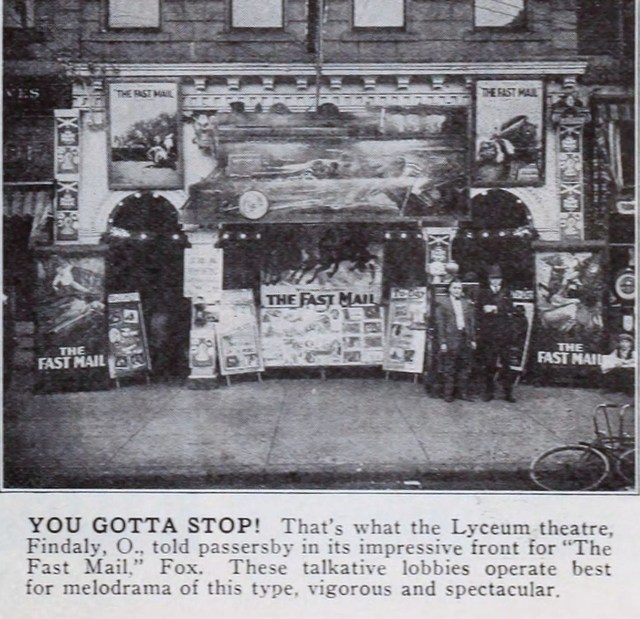 Chapman and McKee launched their Lyceum Theatre in January of 1911 with 300 seats. Its old ivory facade with large arches and carved figurines was a precursor to the movie palace era that was just ahead. Its architectural advantages over store-show nickelodeons served it well in a 40-year lifespan. A five-piece orchestra accompanied shows. The pink and green color scheme on the interior was refreshed many times and – after being equipped for sound - the theatre’s seat count was reduced to 250.

Owners were numerous with Chapman and McKee selling to John B. Wehmhoft who sold it to R. Edward Jacobs who sold it to Abe R. Kraft and Dale A. Capell who sold it to M. T. McKinley who then sold it to the Leslie Theater Corporation. The Lyceum Theatre celebrated its 40th anniversary likely closing in 1951 as the television era and lease issues would have taken their toll on the long-running theatre.

In 2016 a bicycle shop operates from the building.