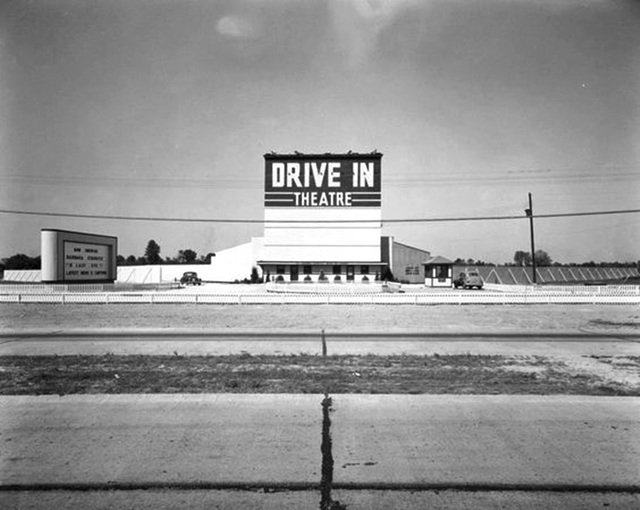 Located in the St. Matthews neighborhood of Lousiville. The East Drive-In was opened on April 16, 1947 with Bob Hope & Bing Crosby in “Road to Zanzibar”. By 1955 it was operated by J. Shinbach. Now Stein Mart, Best Buy, Staples and McDonald’s across from Mall St. Matthews and next to St. Matthews Regional Park.

With the completion of the second drive-in theatre here, the owners decided they would have to use names to properly identify one from the other. One theatre will be known as the East Drive-In and the other the West Drive-In. The East was scheduled to open Wednesday (16). During the closed months, many improvements were made, including the changing from a central speaking system to in-a-car speakers. The West is still in the building stage and is expected to open some time between the first and the 15th of July. The West will also be equipped with in-a-car speakers. Both will be directed by Floyd Murrow.

The East Drive-In originally opened Aug 29,1941. I believe the above 1947 BoxOffice description is of a reopening. Closed in 1966. 1978 article added to Photos Section, that mentions addition of in car speakers in 1946. Also the Aug 29,1941 “Road To Zanzibar” grand opening film ad image which was already posted.

Opened with selected shorts(not named), and “Road to Zanzibar”.