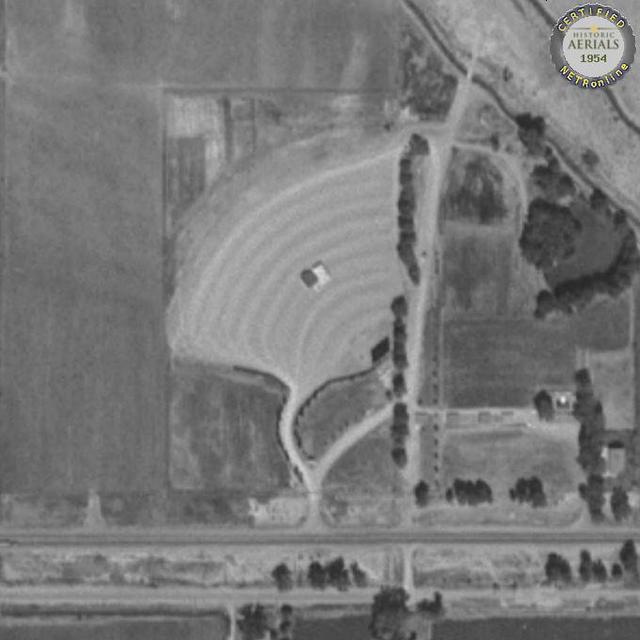 The Sunset Drive-In was opened on August 4, 1949 with Lois Butler in “Mickey”. It was operated by George McCormick. It operated until 1990 when it was operated by Commonwealth Theatres. It was demolished in 1991. Now the eastern half of Eastridge Shopping Center.

This drive-in went under the name Sunset Drive-In in all theatre catalog listings from 1951 to 1970.

The drive-in’s first appearance (as “Drive-In”) in the Film Daily Year Book was the 1950 edition.

In both the drive-in lists and theatre circuit holdings, the 1977-88 Motion Picture Almanacs showed the Sunset owned by Commonwealth, which didn’t include it in its 1976 holdings. Aerial photos confirm that by 1999, the site was a Wal-Mart.

The Royal Gorge Regional Museum and History Center’s page about the Sunset says that it closed in 1990 and was dismantled the following year.

The Sunset’s first night was on Thursday, Aug. 4, 1949, as described in the Canon City Daily Press. The first movie was “Mickey,” as previously noted here. Adults cost 50 cents, children were 9 cents. The grand opening ad concluded with this plea: (DO) Give us an opportunity to correct any mistakes occurring during our “First Performance.”