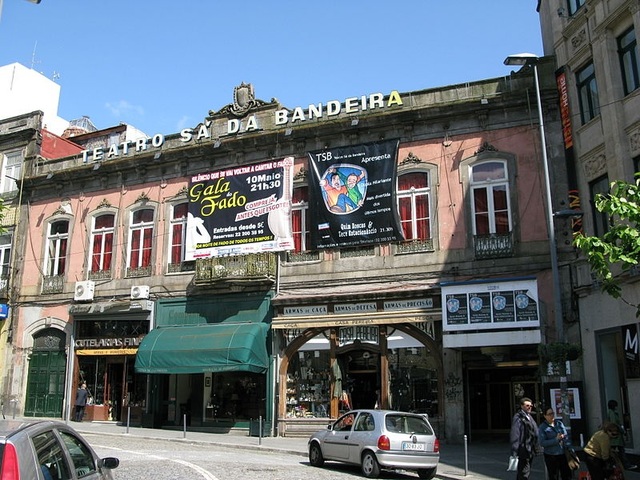 Originally on this site was the Teatro Circo which opened on 4th August 1885. It was demolished in 1867. The new Teatro Do Principe Real was built on the site. Seating is provided in orchestra and two slender balconies which wrap around the auditorim and are supported by pllars. In November 1895 Sarah Bernhardt appeared in “Lady of the Camelias” and “Fedora”. On 17th July 1896 the first films to be screened in the city were shown here on the Animatographo. On 11th November 1896 another film screening was held in the building.

In October 1910 it was re-named Teatro Sa da Bandeiro. It remains the premier theatre of Porto to this day.