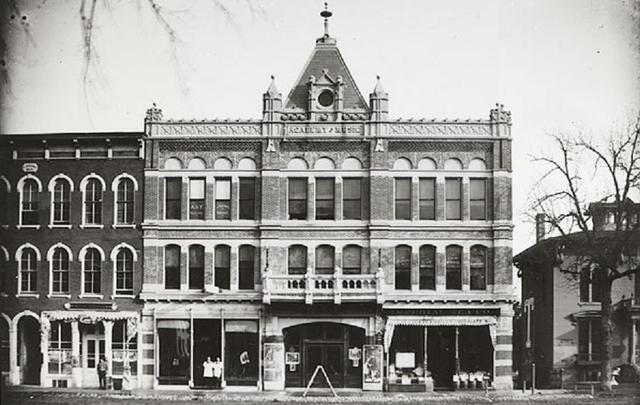 The lead architect of the Academy of Music in Kalamazoo was Dankmar Adler, the German-born Chicago architect and engineer who was noted for his knowledge of acoustics. Louis Sullivan was working in Adler’s office as his chief draftsman at the time the Academy was designed and probably had some input into the project, but he did no become a full partner in the firm until 1883.

As Adler & Sullivan, the firm went on to design some 180 projects over the next several years, including Chicago’s Schiller (aka Garrick) Theatre and The Auditorium, one of the most iconic theaters in the United States.