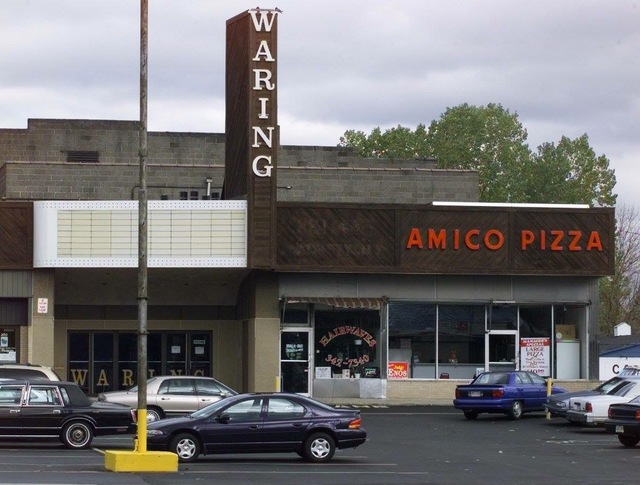 The Waring Theatre was opened by the Martina Circuit on November 23, 1950 with Errol Flynn in “Rocky Mountain” & Johnny Sheffield in “The Lost Volcano”. It was a single screen theatre with 1,192 seats. It was twinned in the early-1980’s. It was still open in 1996.

An advertisement in the October 12, 1950, issue of the Rochester Democrat & Chronicle said that the Waring Theatre would be opening soon.

A article in the Democrat & Chronicle of November 20, 2015, indicates that the Waring was multiplexed by 1983, but doesn’t say how many screens it was carved into. Being a modest sized neighborhood house, it was most likely twinned.

The Waring was operated by the regional chain Martina Theatres from opening at least into the 1970s. A Democrat & Chronicle article from June 19, 1996, says that the house changed hands multiple times in the 1980s and 1990s, then after being closed for more than a year was reopened by an independent operator named Matthew Bergin in 1996. That’s the most recent reference to the house I’ve found on the Internet.

The Waring Theatre opened November 23, 1950 with “Rocky Mountain” and “Lost Volcano.” The theatre would be twinned but closed in 1994 as its operator tried to get funding to expand to five screens. When that stalled, a 25-year old independent relaunched the theatre as a twin in 1996 briefly.