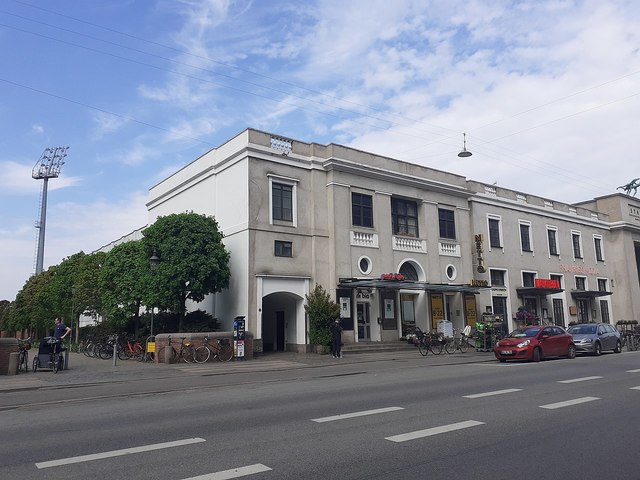 The Park Teatret opened on 31st October 1926 with a seating capacity of 850. Located in the Osterbro district to the north-east of the city centre. It was designed by architects Arthur Wittmack & Vilhelm Hvalsoe, with interior decorations by Axel Poulsen.

It was renovated and and re-named Park Bio from 30th September 1976. The balcony had been converted into a 266 seat cinema, equipped with 70mm projection. The former orchestra level was converted into a supermarket.