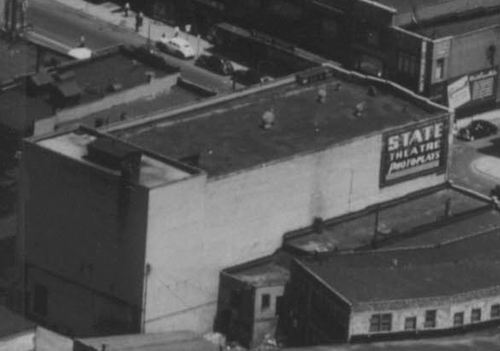 Built for the Butterfield Theaters circuit in 1926, the State Theatre was located across the street from the earlier Oakland Theatre. In its later years it was Pontiac’s house for second-run western and adventure movies, notable for the youthful crowds attracted by its Saturday matinees. The State Theatre was closed in 1956.

The building has been demolished, and the block of Saginaw Street on which it was located is now under the footprint of an enormous garage that is part of the ill-fated Phoenix Center.