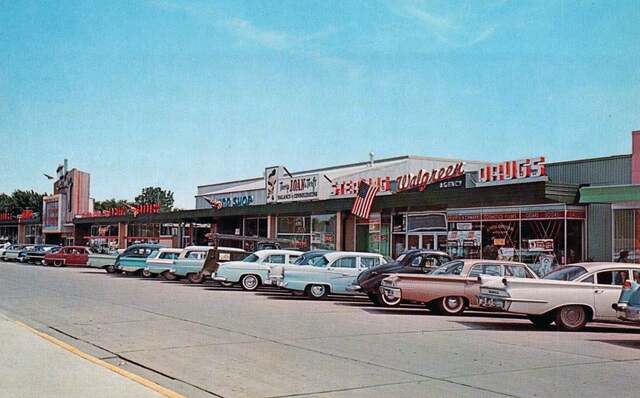 The Sterling Theatre opened April 25, 1951, with Doris Day and Gene Nelson in “Lullaby of Broadway” on a 24-foot screen. The Daily Herald noted it was managed by Bill Duel, owned by Clem Jaunich and designed by George Becker. Following the latest trend, the 1,050-seat theater had a “crying room”.

In 1972 when Carisch Theatres added the second screen the theater was taken down to its four walls and renovated to the tune of $45,000. For the reopening on June 16, the Minnetonka Amusements Company had named Sherrie Srsen, age 20, as their first woman manager. Keeping it all in the family, her fiancé was the former manager who was promoted to a new twin theater in Fargo, North Dakota.

In April 1975 The Herald noted Carisch Theatres purchased the Paramount Theatre, closed it and put it up for sale, leaving the Sterling Theatre without competition. There was a stipulation in the contract that the Paramount could never be used as a movie theater.

By the time the Sterling closed around 2004, it and had three screens and had been operated by Excellence Theatres in the late-1980’s and in 1991 Carmike Theatres.

Currently the building is home to the greatly expanded Cornerstone Church.