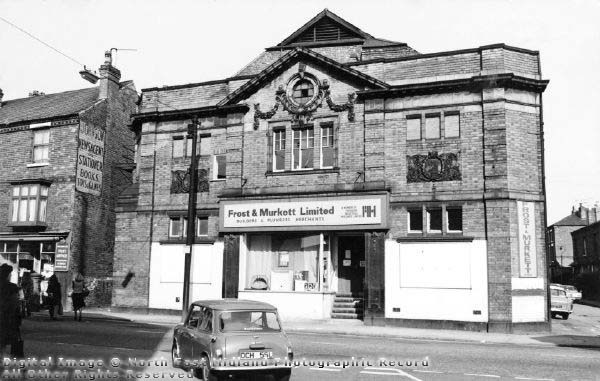 Located in The Meadows district to the south of the city centre, on Wilford Crescent E. at the corner of Clyde Street and Wilford Road,(the Locomotive Inn was on the opposite corner). Opened Monday 16th September 1916 as Imperial Picture House by Meadows Cinemas (Nottingham) Ltd.; continuous performances, two changes weekly, prices 5d to 1s. Seating was provided for 700. In 1930 it was equipped with a Marshall sound system and the first ‘talkie to be screened was Morton Downey in “Mothers Boy”.

In 1937 it was closed to be extended by 30ft at the rear, to the plans of architect Alfred J. Thraves. Seating was now provided for 1,150 when it re-opened as the Imperial Picture House on 2nd August 1937 with Jack Benny in “The Big Broadcast of 1937”. A Western Electric(WE) sound system had been installed, and prices were 8d to 1s/2d. The Imperial Picture House was closed by Meadows Cinemas (Nottingham) Ltd. on Saturday 26th January 1957 with Janet Leigh in “My Sister Eileen”.