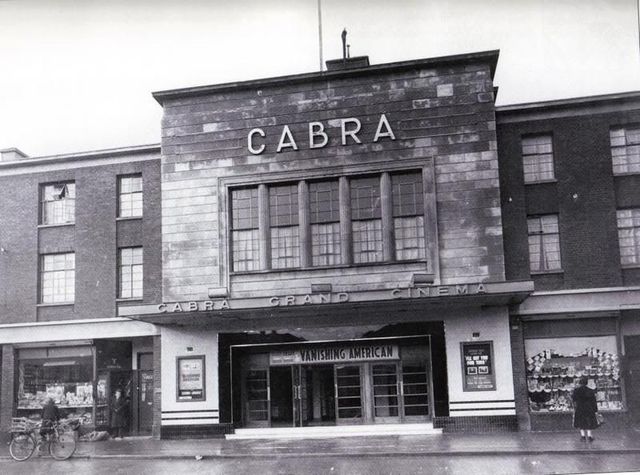 The Cabra Grand Cinema was designed by Henry J. Lyons & Samuel Lyons for Leonard Ging’s Strand circuit plus others but disposed of to Irish Cinemas before completion. It opened on 16th April 1949 with Clifton Webb in “Sitting Pretty”, had 1,600 seats and was equipped with an RCA sound system. It was also later capable of screening films in CinemaScope format. It closed on 31st January 1970 with Lee Van Cleef in “The Big Gundown”.

Siouxsie and the Banshees and The Ramones performed here in 1980 and Boyzone in 1995. It has operated as a bingo-hall for a number of years along with the Star Cinema and the Whitehall Grand Cinema, with the auditorium floor eventually being leveled to remove the rake of the floor.