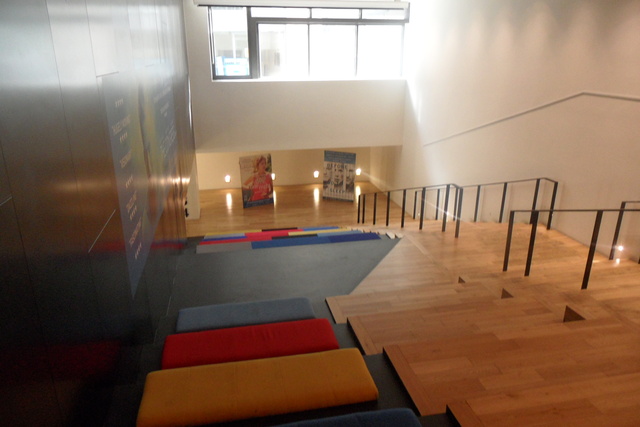 Located just off Queen Street in Blackhall Walk, Smithfield, in the northwest of Dublin city centre. Refurbished in 2008 to the plans of architectural firm DTA Architects. This is without question one of the most uniquely designed cinemas in the world. The Light House Cinema is the established venue for presentation of independent, foreign-language, art house and classic film in Dublin. A dramatic overhaul of the interior at the onset of the twenty first century yielded an intimate, visually stunning four-screen art cinema. The largest screen has 279 seats.

A slideshow of pictures of this cinema can be seem here, and this webpage includes some additional views.

The Lighthouse is owned by Element Pictures – https://elementpictures.ie/, who also run and operate the recently opened Pálás Cinema in Galway and the Road House Cinema.

The original Light House cinema was located on Middle Abbey Street (see separate entry on Cinema Treasures). A new government-funded cinema was opened in nearby Smithfield in 2008. It briefly closed in 2011 following the Dublin property crash but was acquired by NAMA. In 2012, the cinema was taken over by Element Pictures and reopened. Additional Screen info: Screen 1 – 279; Screen 2 – 153; Screen 3 – 116; Screen 4 – 68.