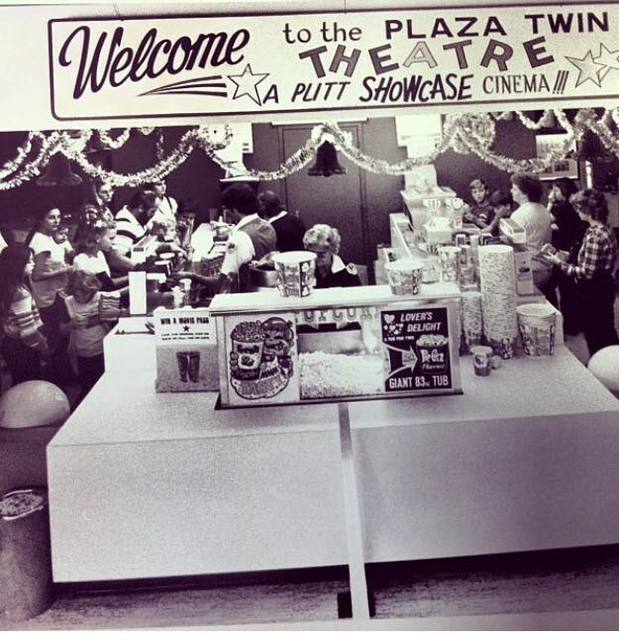 I remember when it opened. The Plaza was located behind Town & Country Plaza, Pensacola’s first big suburban shopping center and also behind the Woolco store and strip shopping center on Fairfield Drive. It had some type of curved screen when it opened, possibly Dimension 150 (I do not recall exactly).

The first film was Butch Cassidy and the Sundance Kid. If I recall correctly, it was followed by Easy Rider and Bob & Carol & Ted & Alice, both of which I was too young to see at the time. The next film was Marooned, which I was able to see. Like many single-screen theatres of the late 60s, they multiplexed it, and it was never the same.

After it closed, it became home to a church. A hurricane (Ivan?) damaged the building to where it was entirely unusable.

The curved screen was Vistarama, not Dimension 150.