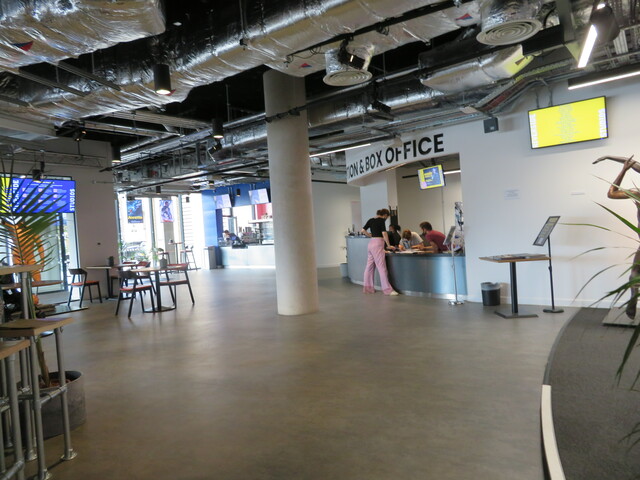 The new building on the same site has a more prominent position facing Queen Caroline Street. It has two cinema screens, one seating 208 and the other 48. There are also two live theatre spaces named Studio 2 & 3 with 500 & 200-seats. There is also a Studio 8 cafe & bar, a coffee shop, a high-end brasserie restaurant named Sam’s Riverside and a Television studio, which was first used by Channel 4 to broadcast the General Election result on 12th December 2019.