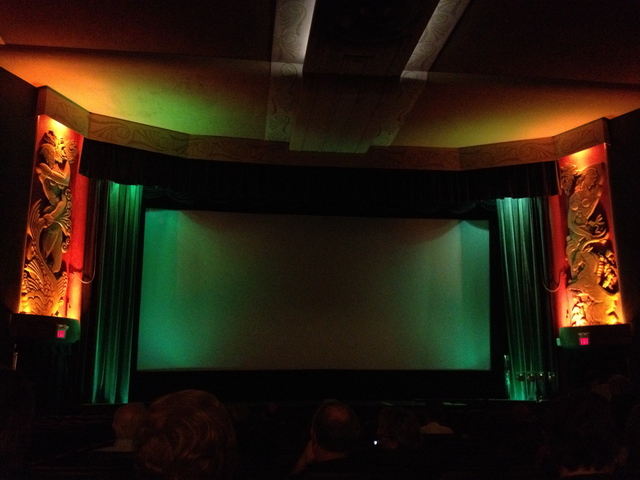 The last of the deluxe neighborhood theatres. The was soon taken over by Interstate Theatres Inc., headed by Karl Hoblitzelle & Bob O'Donnell.

The theatre opened on November 28, 1939 with Ginger Rogers in “Batchelor Mother” and was one of a number of deluxe neighborhood theatres built and operated by Interstate Theatres Inc. Seating was provided in orchestra and balcony levels. The interior decorations were by Buck Winn.

The building has an excellent location in the upscale River Oaks shopping center. Landmark Theatres did a good job maintaining the property.

I just wish they had not triplexed the building. But it was one of Houston’s last true movie palaces. Sadly closed on March 25, 2021 due to a failure to come to an agreement on the rent with the landlord.

In February 2022 it was taken over by Star Cinema Grill, to be reopened ‘soon’.

The River Oaks opened on November 28th, 1939. Grand opening ad posted. Appears to be opened by someone else and taken over by the end of 1939 by Interstate.

Current article about the risk of closure.

Landmark closed the River Oaks closed on March 25, 2021 with Oscar contenders, “Minari,” “The Father,” and “Nomadland.”

Does anyone have a picture of the interior of one of the upstairs auditoriums? I took pictures of most everything else, but missed that and now it is too late.

RIP. The only movie I ever saw at this theater was a screening of The Room (2003). I wonder if there are any similar theaters still open?

The River Oaks was one of those rare cinemas, like the Garden Hills in Atlanta, which you would assume that as long as there was a market for art and foreign films that it would always be around. Regretfully such fare is no longer palatable for those prefer all major character’s don capes and that dialogue is kept to a minimum. Art cinemas were a class unto themselves, the perfect frame for a perfect picture. Felini, Bergman, Cohen brothers and Wes Anderson are served better in venues such as the River Oaks than at the mall with yet another Batman remake playing next door.