Jack Mulrenan was the latest franchisee of the Chris McGuire Cinema Corporation that had merged with National Shopping Center Theaters, Inc. in 1969. The Ft. Lauderdale-based circuit had star power in that McGuire was a member of the famous McGuire Sisters vocal trio. “Hello, Dolly” was the opening film for the cinema on August 19, 1970. The theatre failed within four years closing on February 28, 1974.

Alan Bailiff and Rudy Manili briefly repositioned the venue as a live stage playhouse. Floyd Enterprises Theatres Circuit took on the venue on August 6, 1982 as a 99 cent discount, sub-run theatre renamed as the Towne Theatre. The theatre closed but was still standing in the 2020’s as part of the Three Oaks Executive Park. 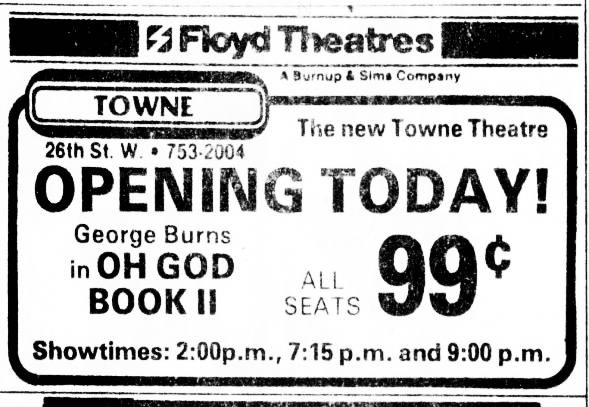