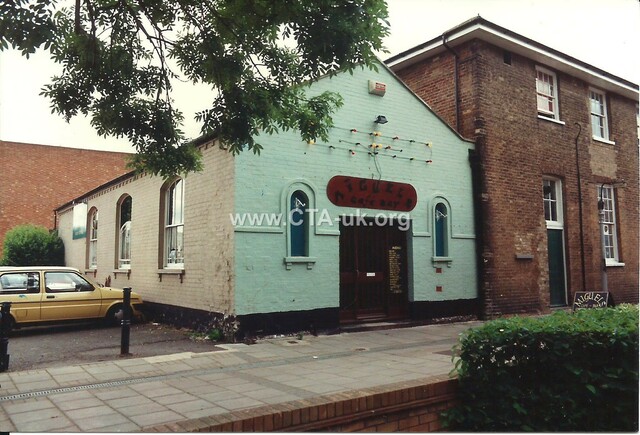 In Huntingdon, Cambridgeshire, the Gem Cinema opened in September 1912 in a former Sunday schoolroom for the Baptist and Congregational Church that stood next door. That was in use from 1823 to 1868, with the schoolroom a later addition. From 1870 to 1900 the church was used as a British School; later on it was home to the county records office, but more recently it has been converted into housing.

The Gem Cinema was operated by Sidney Reach and boasted “plush tip-up chairs”. There were initially 350 seats, but business boomed and, in September 1913, alterations were made which not only resulted in a better rake, but also 150 additional seats. At the same time the stage was enlarged, and “better dressing rooms” were added, so clearly there was a cine-variety programme on offer.

The building was used as a printer’s shop for many years. That closed in spring 1985, with a pool club opening in November 1986. Next, it was home to Miguel’s café/bar and, more recently, to Domino’s Pizza.