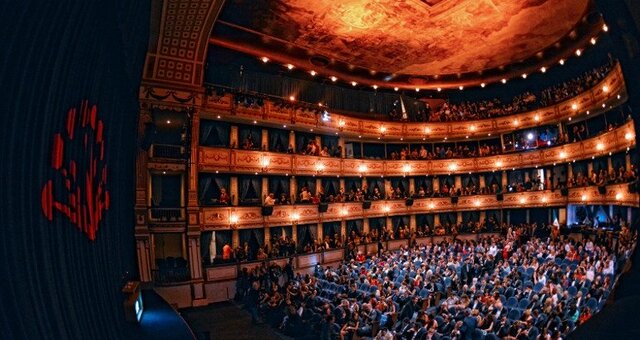 The original theatre on this site was opened in 1860 and was destroyed by fire on 19th March 1869. A new Teatro Cervantes was designed by architect Jeronimo Cuervo Gonzalez which opened on 17th December 1870. In May 1903 it presented films projected on the Imperial Bioscope. On 14th October 1916 it became a permanent cinema. On 12th October 1933 it was equipped with sound and screened Douglas Fairbanks in “El Robinson Moderno”(Mr. Robinson Crusoe). The Teatro Cervantes was closed as a cinema on 30th June 1981 with “El Lago Azul”.

On 14th January 1984 it was taken over by new owners and restoration work began to convert it back into live theatre use. It re-opened on 6th April 1987.