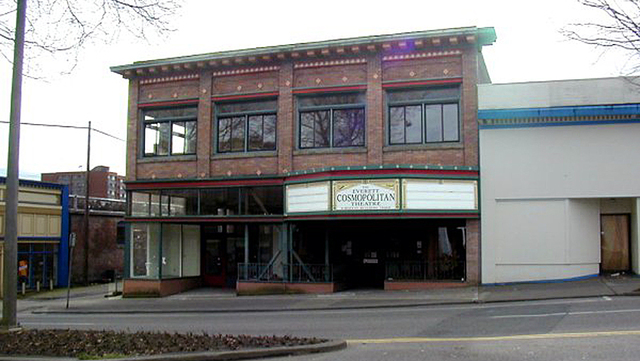 It is difficult to determine when the Cosmopolitan Theatre came into existence since the building in which it was occupied appears to have been built in the 1920’s. An effort was made to install a 2 manual Kimball organ in 2001 but was was never completed since the theatre closed in 2002 and the entire block was slated for demolition and construction of the Angel of the Winds Arena.