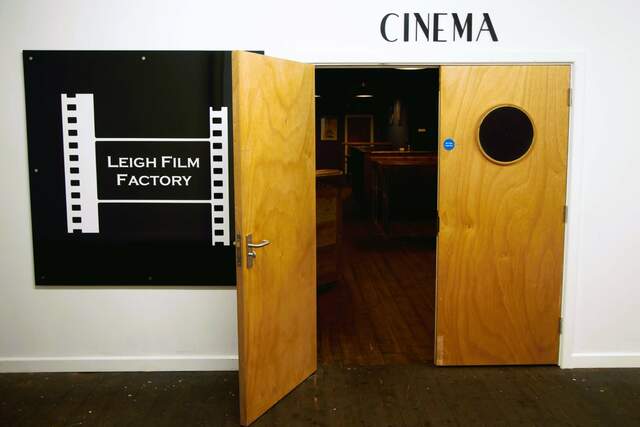 Located in Leigh, Lancashire, now part of Greater Manchester to the southeast of Wigan. The Leigh Film Factory is on the 4th floor of the heritage Grade II* Listed, Leigh Spinners Mill, designed in a Neo-Baroque style by Bolton based architects Bradshaw Gass & Hope in 1913.

Opened as a community cinema on 26th August 2022, it has been set up by the members of the Leigh Film Society and will become the home of the Wigan and Leigh Film Festival.